Back when I had a life, in late 2013, when my hobbies included quaffing posh drinks in over priced bars, eating mouse sized portions of food that had been (somehow) filled with gas by ingenious methods other than farting, in the same down the nose joints, and where the majority of my money was spent on A –  holidaying to exotic locations, B – doing my house up or C- collecting vintage sequin dresses from around the world, which later proved to be a sizable bank account for when life went tits up, I actually had some pretty radical ideas on birth.

Fast forward a little through the “I completed Tough Mudder” huray, to the, “Shit I’m up the duff,” and all of a sudden, I sparked upon the bright idea to write a blog! We’ll call it, “hashtag #attemptnumber1.” I’ve decided it would be a sin not to share some throw back belters, “did I really say that chit about the cow mooing?” Because, sooner or later most of us grow up and get very boring and fuck it, I want to remember when I was more tooty fruity than a sex on the beach (and your clothes get robbed) kind of girl.

Ladies and Gentlemen I give you “Sally’s first attempt at a blog with shit that’s crazier than my 70 year old Grannie spitting over the balcony of our apartment nine floors up, when she took me and my younger sister clubbing to Tenners, just for the crack” (with a snap-a-snap-snap of t’old hens dentures – a dah, dah , dah and spirit fingers!)

Note: I’ll be adding in some adaptions in (italics) which will give a brief view of things I either edited out, or are my current opinions.

I’m no prude and not what I would class as squeamish either. If there is an operation on TV, I’m the first to complain that the camera angle needs to be (FUCKING) adjusted (AND QUICK fuck sake I’m missing it) so I can get a good look at what’s actually going on. Nothing pisses me off more than some stupid fuzzing out, so all you can see is a fleshy colour and maybe a scalpel if you’re lucky. “I want to see the inside bits please”

I’m a believer that if you are blessed enough to get pregnant and look forward to what my big sister calls a, “frill fanny” (the aftermath of vaginal childbirth) (frilly my arse, atomic bomb more like, with three attempts to put you back together before they realise, “shite – poor sods torn an artery, oh dear, in two places”) you do need to be prepared for what you’re about to go through – labour.

So as a first time hormonal pregnant loony Christ – bless me, and yes, I’m the first to admit it, you do go a bit bonkers (read my other posts) I did, its all true, there is nothing more appealing to me than been absolutely prepared, for what I can only describe to my husband as been the following;

“Labour is when your body parts in two (I was bloody right ) from the ribs down, to let your baby out. Most of the time it looks like the only possible way out is by the “sun roof”. The baby gets pushed down so much, that It looks like your fadge might explode. (Correct again!) Then when you think it can’t possibly come out, somehow it just does! Amazing! (erm…yeah lol amazing – i’ve got tunnel vision and this butcher stitching me up is trying to kill me, rob my baby and run off with my grieving husband – I really thought that) And Adam, for the record, I want you to watch (he did) what women go through, so you know that Man Flu is like a kite blowing gentle in a warm summer breeze, compared to child birth” – He thinks I’m joking.

Am I ready? erm…hell yeah! Frankly whether I’m ready or not, hopefully it’s something that will happen. I say hopefully because, I’m far too aware of all the poor ladies whose pregnancies don’t make it that far. Giving birth to me is an absolute blessing and I’m excited. It might be my own naivety that child birth is a blessing, but for this short time, let me wallow.

So in my preparation for my frilly fanny (eeekkk exciting!) I’ve been asking lots of questions to ladies who have experience in this field; I shall summarise these results shortly. I’ve also watched the series “One Born Every Minute”, (mild, over edited, only airing the bits that won’t get them into trouble) viewed several birthing videos on YouTube, one was actually giving birth in a stream……I’m not very judgemental *cough* but “WTF” sprang to mind, and I’ve bought Juju Sundun’s Birthing Skills with Sarah Murdoch. SO at 15 weeks and 1 day pregnant I do have to say I feel very calm, and I think if there is such a thing as finding “your zen” I’ve most certainly found it. Oh dear Sally – stay zen.

I’m particularly interested in Hypno Birthing. I like the idea of been able to learn techniques to help you deal with pain and hopefully be able to give birth with little or no pain relief. I’m a realist and I know that during labour, I might be screaming for an epidural, but in my current naïve zen like state, I would like to believe I can do it. (You probably would have done it if Bo didn’t have a block head like you) I’ve also been thinking a lot about large animals who give birth.  Before you all start spouting off and saying “here we go” just listen to my thoughts. (No, please don’t) I’ve never heard a cow or horse screaming in pain when giving birth, so it’d lead me to believe that because as humans we can anticipate pain, does it heighten our fears, and make our body and mind believe it is not possible? (Noooo its because the cow doesn’t have a voice and if it knew what an epidural was, it would be mooing for it!!!) I know I’ll never be able to answer this question fully, until I am there in the moment, probably screaming, thinking, “What was wrong with the cow, why didn’t it moooo? This is the worst pain in the world!!!” (Spot on)

My findings so far have been varied, but there has been a common trend between a lot of labouring Mums. In summary most have discussed how the initial labour pains were shocking, but when they got into it, they felt up to a certain point they were coping. As the labour progressed something changed, doubt crept in, and they thought giving birth was not possible and that they would die. Two of my informants thought that their arse hole was going to drop out (sounds shocking but there is a part of me that can rationalise this) still makes me laugh to this day, I’m presuming this is because of the pressure. Others have said when they came to pushing, they felt focused, with no pain and completely in control of their birth. Whatever happens I know its going to be an experience I’ll never forget, and one I can never ever fully prepare for. (Very true, in fact you’ll need psychotherapy to get over it – oops) 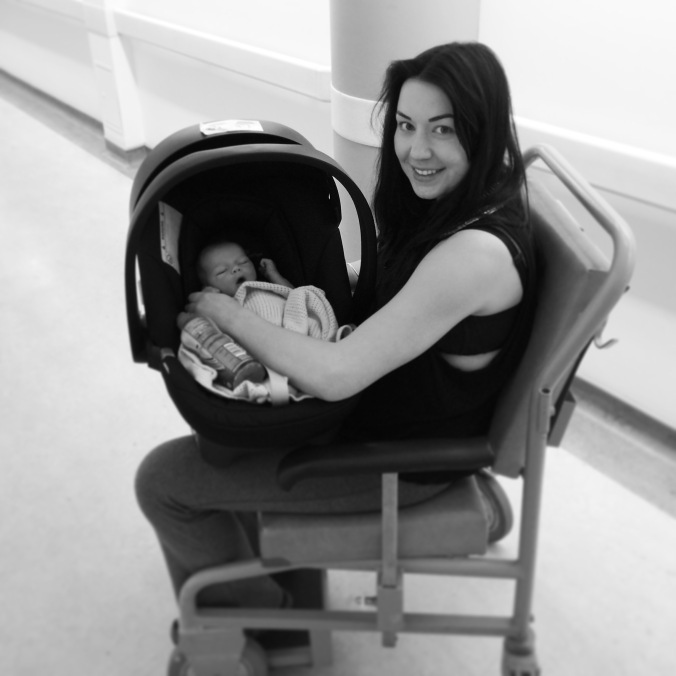 So with all the crazy hormones I have, and similar crazy birth ideas, I know that no matter what, my birth plan and labour will be completely different to how I ever imagined. As long as I can give Adam the baby he has wanted for so long, I will be eternally happy.